After a last trip to Tesco and a Monty walk we pulled pins at 10:00 to head back to Burscough Junction where we turned left to the first of 7 locks of the day and a journey that notionally should have taken 4.5 hours.  There was a VLK on duty and two boats just entering the lock to go ahead of us - not the best timing on our part.

Now this arm was a steep learning curve with very odd lock mechanisms.  This was the first we came across - clockwise to open. 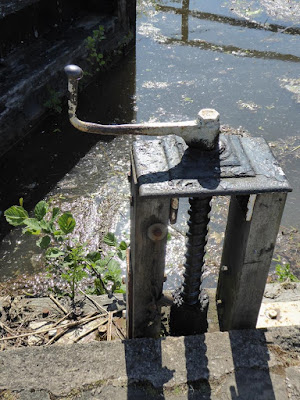 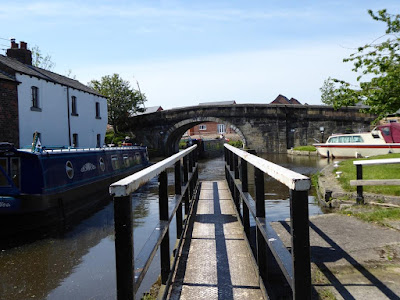 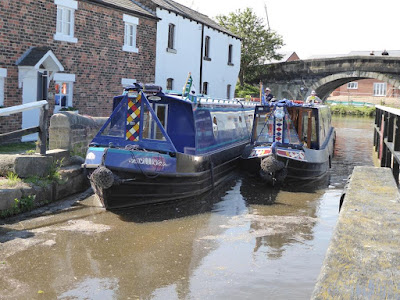 Quite a modest house by lock 2, but with a wonderful outdoor space 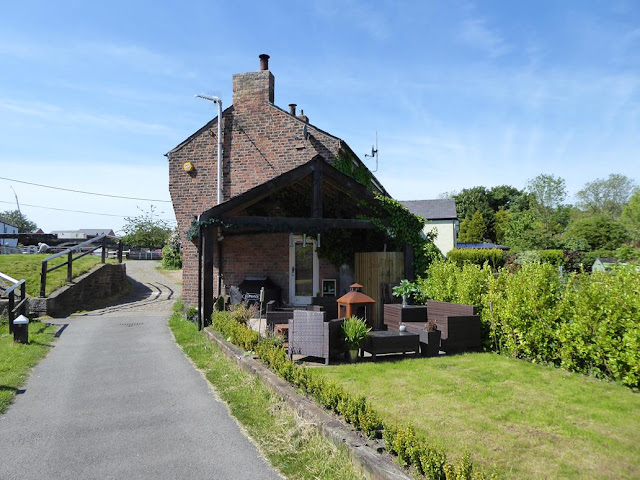 Lock 2 and we came across our first clough mechanism 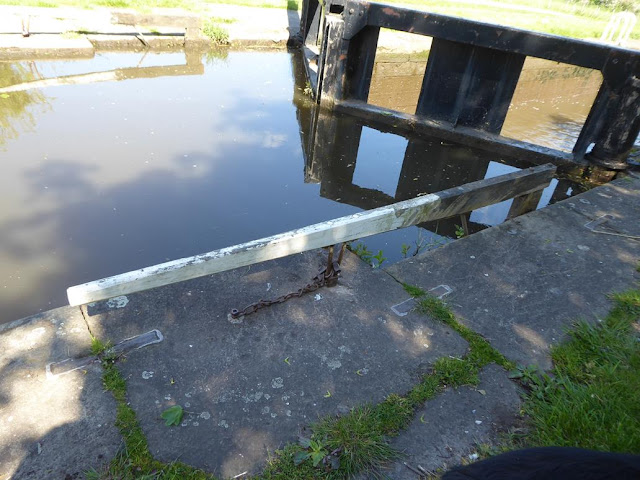 The first task is to open the catch - anti vandal keys are required at all locks, but all the catches seem to be different and take some working out how to work them 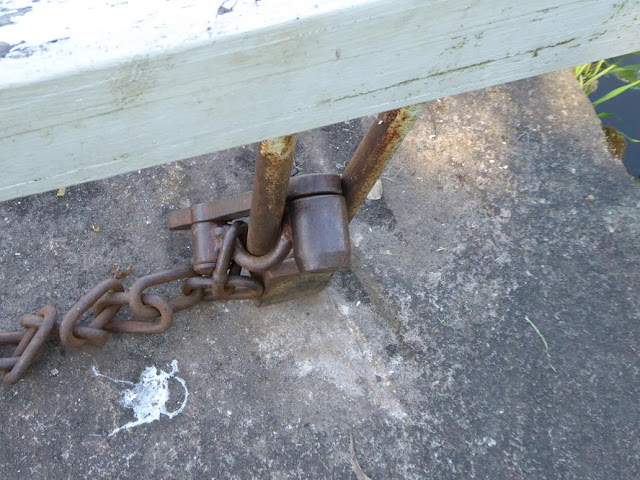 Once the lock is open 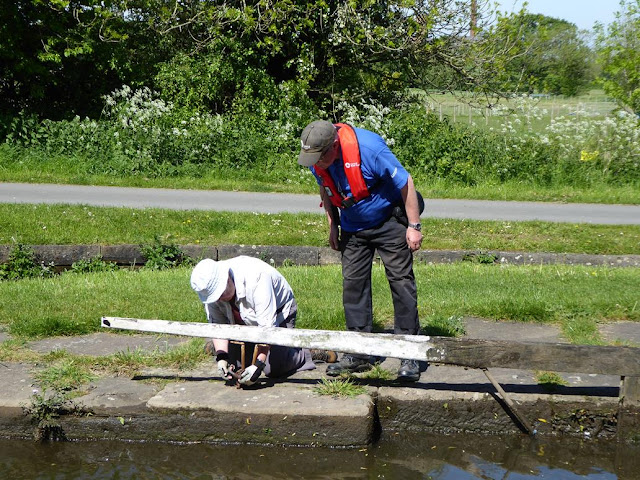 it is a fairly simple mechanism to operate and apparently rarely goes wrong - unless someone pushes as in opening a gate - apparently that happened last year.  There were two boats in the lock going down and the wooden arm was floating in the canal, however, no one ever claimed responsibility!  As you can imagine there was a long delay whilst the engineers were called and it was all repaired.  So you push up 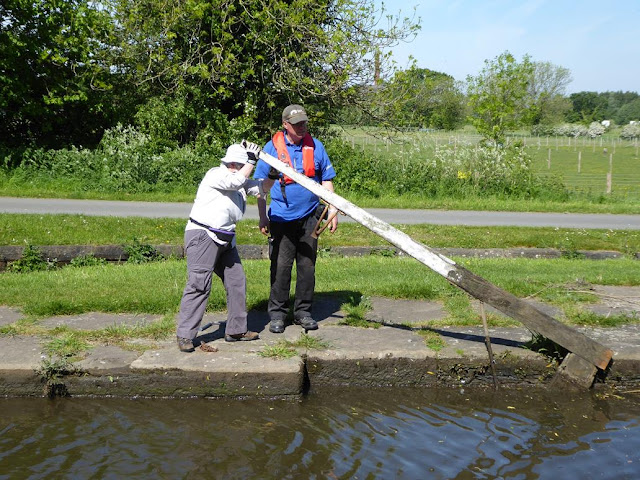 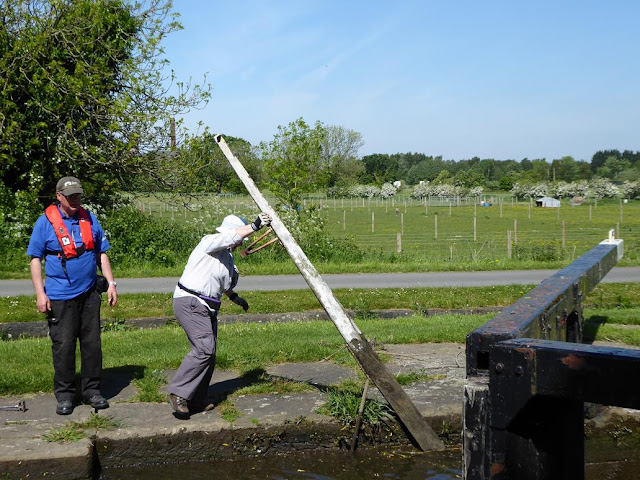 until it is vertical at which point a large door has opened in the gate and the lock fills fairly quickly. 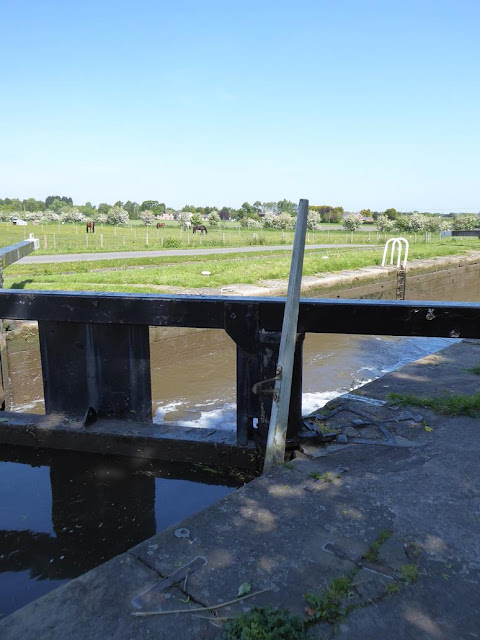 Then it was back to the horizontal wind 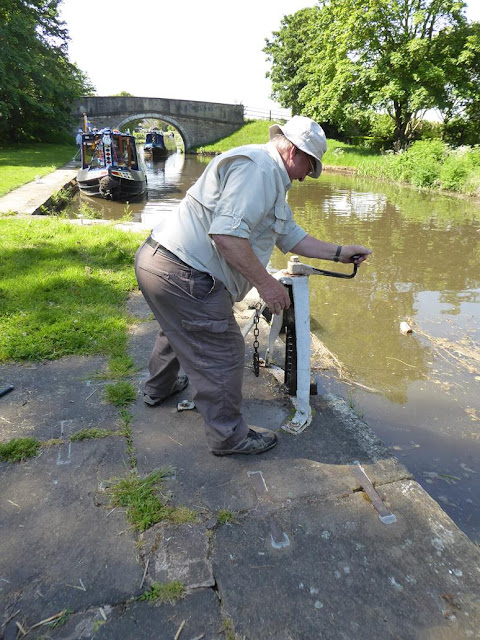 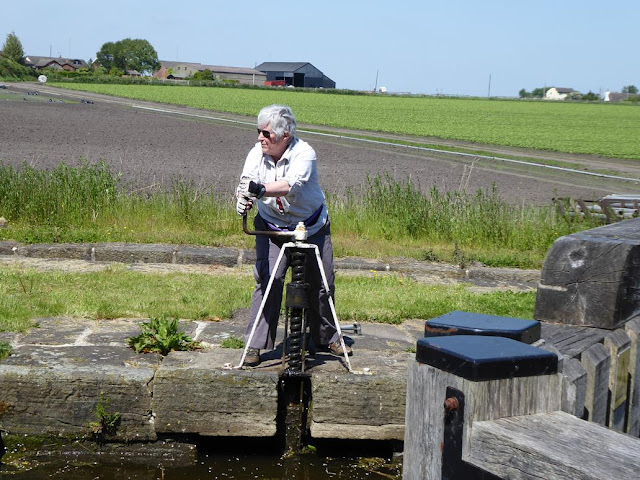 which requires quite long arms 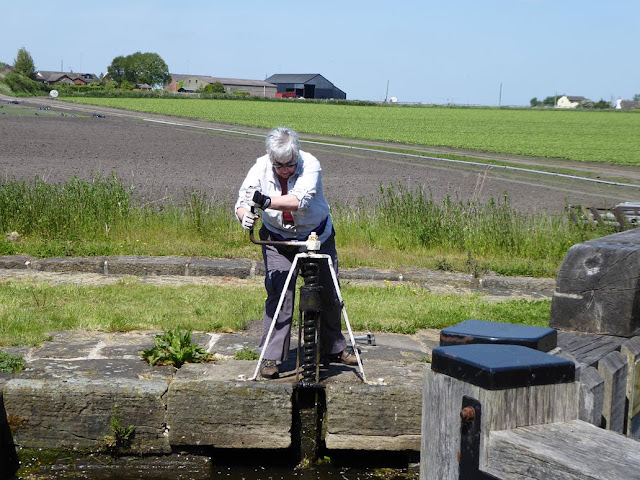 The swing bridges are also all different and one in particular completely foxed me.  I obeyed the instructions, but nothing happened.  Ken came to lend a hand, but had no more luck.  Back to his boat to find a different handcuff key and a pair of long nose pliers.  Still no joy and then it dawned - the mechanism had broken and there was a temporary (or maybe permanent?) fix that was easy to wind to release the catch with no handcuff key required!  Obviously the rules drummed into me from an early age to 'read the instructions' is not always the correct advice!

It is a pretty route, but we always seemed to be busy, so not many photos were taken!  En route we stopped at St Mary's Marina for diesel whilst Cleddau continued on to the service station one more swing bridge further on.  The advice is to do the Ribble link with a full water tank.

We caught up with them at the services to find Ken emptying their poo pot.  There was a boat on a permanent mooring who wanted to move back for a pump out, so dealing with that took a little longer, allowing us time to catch up.  We arrived and whilst I dealt with water and the yellow water, Chris did the fastest empty or our poo pot on record!

The last swing bridge was the easiest of the day and we were soon moored up right at the end of the moorings ready for the trip tomorrow - we are due at the lock at 09:30.  So how long did this trip take - well not the expected 4.5 hours.  Not including stops for diesel and the services it took a good 6 hours which was due to the odd locks and difficult bridges.  Still we made it, but I doubt if we will be late going to bed tonight. 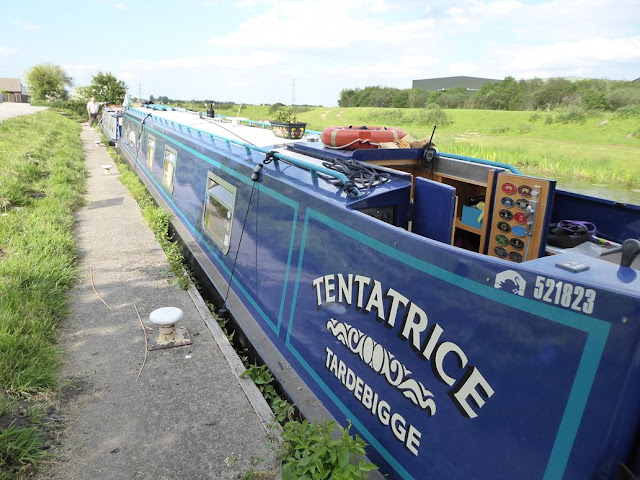