We presented ourselves at 8am as requested to move Tentatrice out of the dry dock as a C&RT boat was due to go in.

She does have a lovely shiny bottom now. 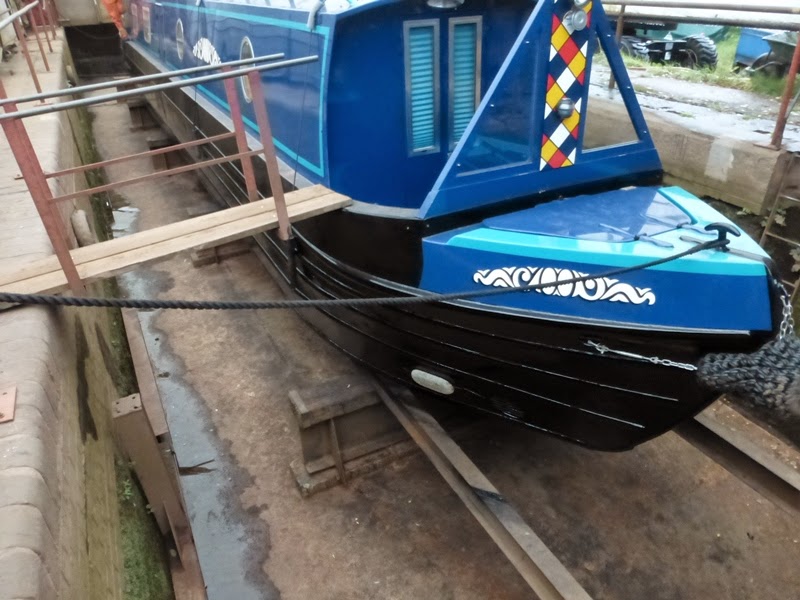 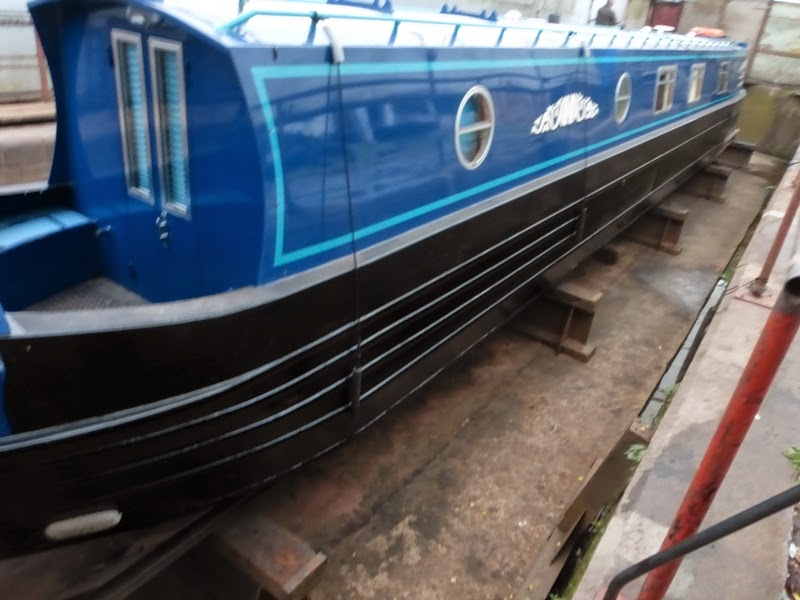 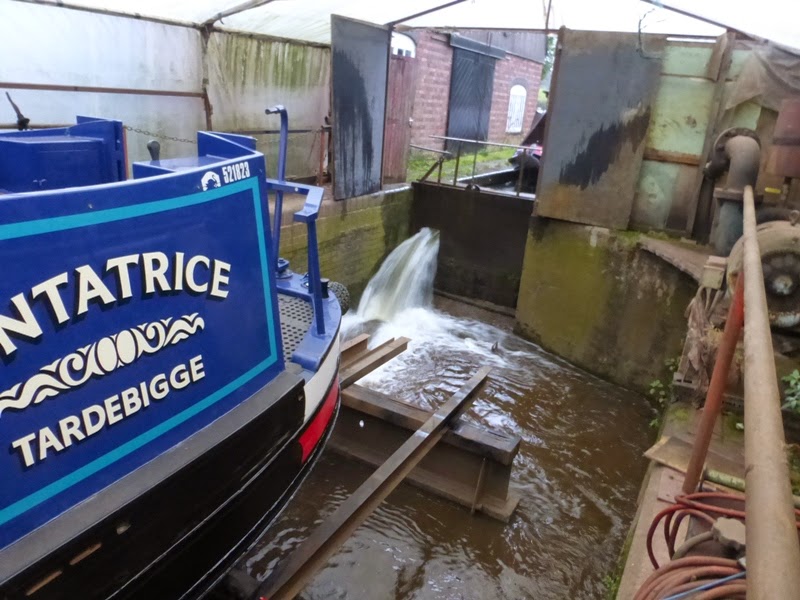 We are afloat again 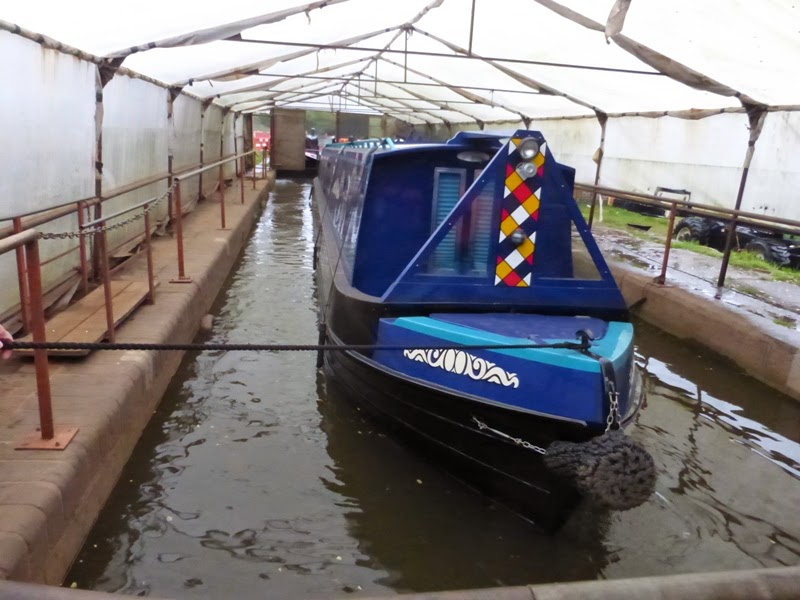 The weather was foul – the rain was lashing down and the wind was blowing fast and furious, but needs must.  We actually just took her out of the dry dock and moored round the corner and went back in the afternoon to move down the lock.  15 minutes was my maximum exposure to the elements and I was soaked to the skin!  Chris had sensibly donned his waterproof trousers, so fared better. Monty was left in the car. 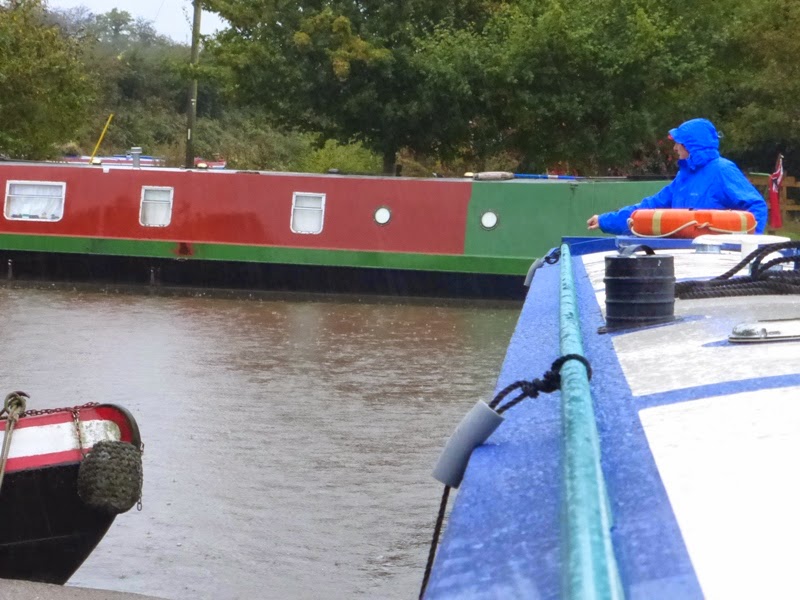 Crew had been recruited – Our son in law, Paul, dropped our daughter, Sarah, and six year old George off at lock 57.  Paul and Jamie (nearly 3) helped with the first lock.  Well we had to get Paul to wind set of paddles!  No one escapes that easily. 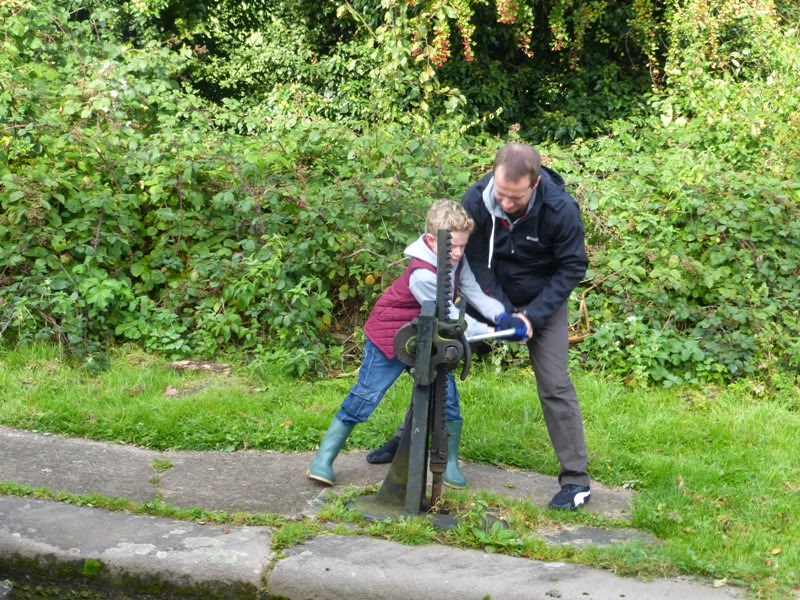 The pushing was fun and Jamie did well. 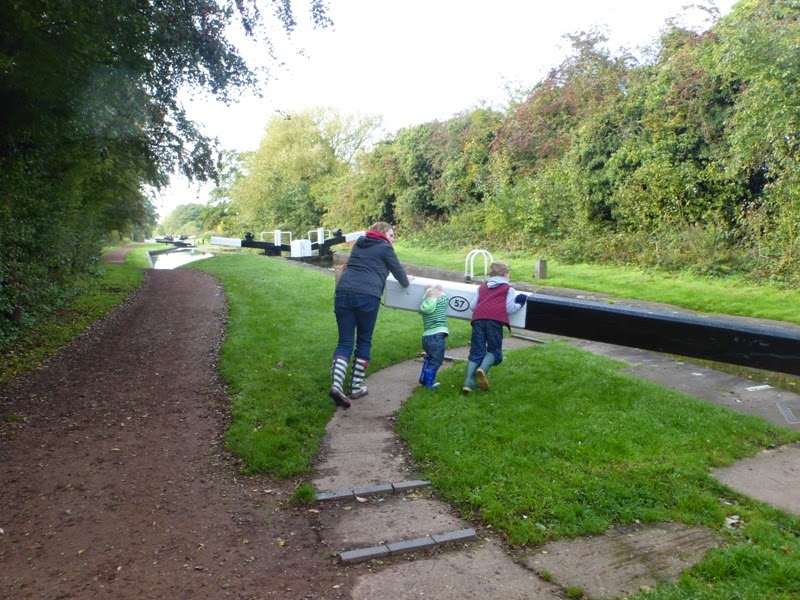 However it was felt that he is a little too young to help with 28 locks, so he was carried off by Daddy screaming for ‘Mummy’ and insisting he could help!  Next year maybe.  That left us with Sarah and George who were a great help.  We had wondered if George would get bored and give up before we got to the bottom, but no, he stayed the course.  We like the flight and find it quite easy to work.  Most of the gates and paddles are in good condition - there is work due over the winter, but not to this beam which is the only one that really looks in need of some serious tlc. 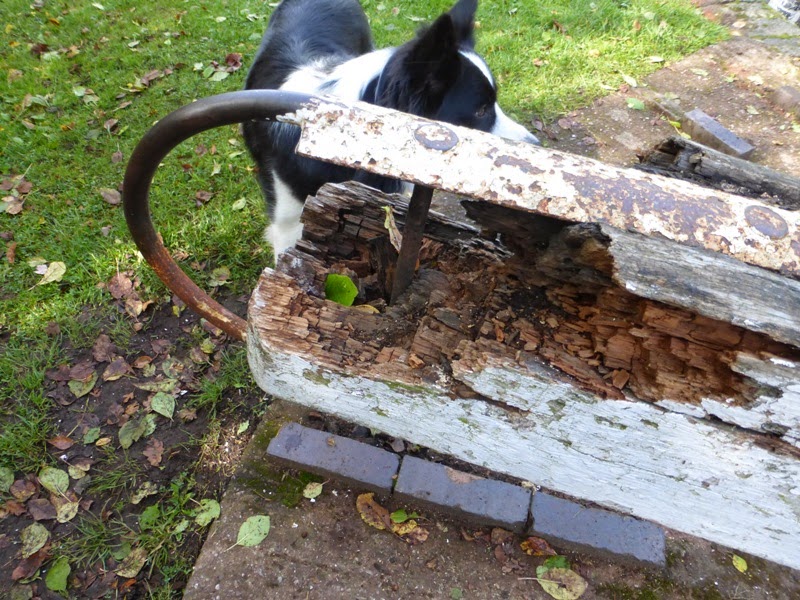 The bottom small gates are all well balanced enough that George is able to open and close them on his own, which means a person each side of the lock which does make life a lot easier and the journey quicker.  We were also lucky enough to meet four boats coming up and one of the local C&RT employees came past on his quad bike (he knows us from our litter picking duties) and he opened about 6 top gates for us.  Then as we got to lock 30 (the penultimate lock) he was coming back and stopped and opened the bottom lock for us. 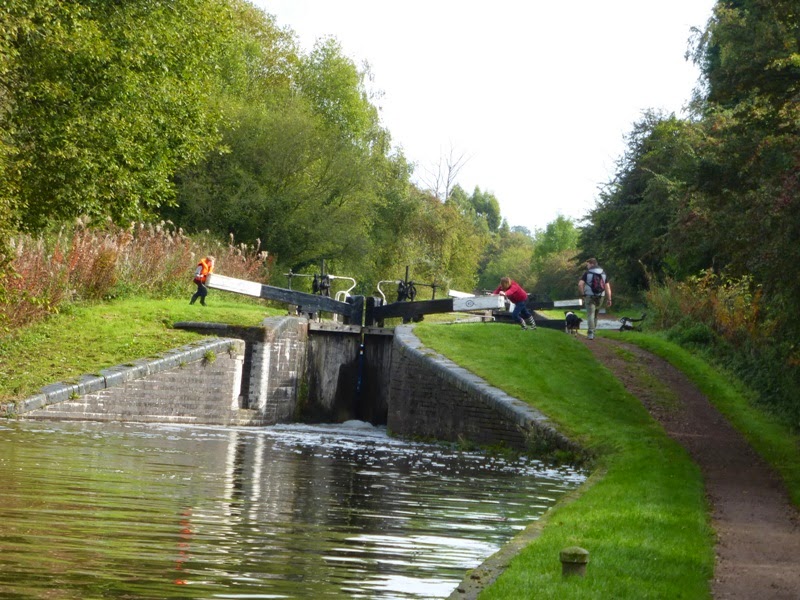 The flight is so pretty that I just love it. 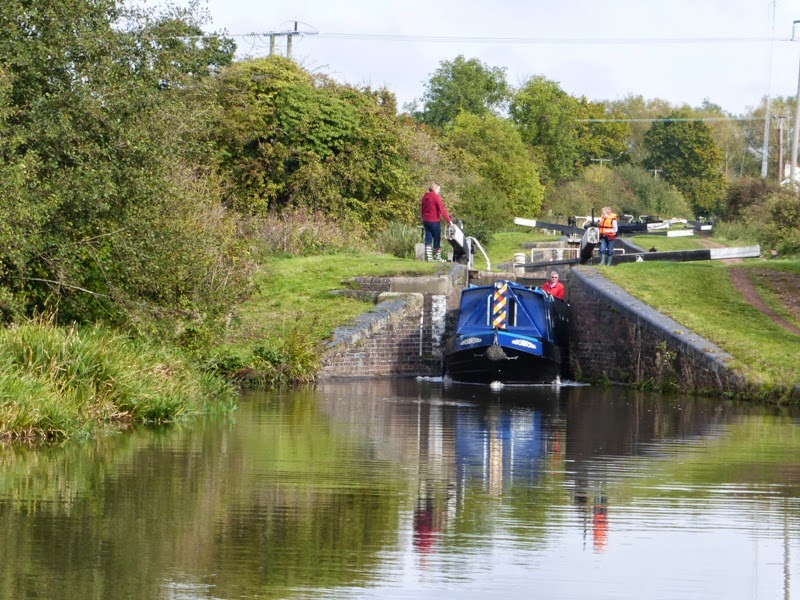 The weather was dry and fairly bright – certainly nothing like our very wet journey up in May. 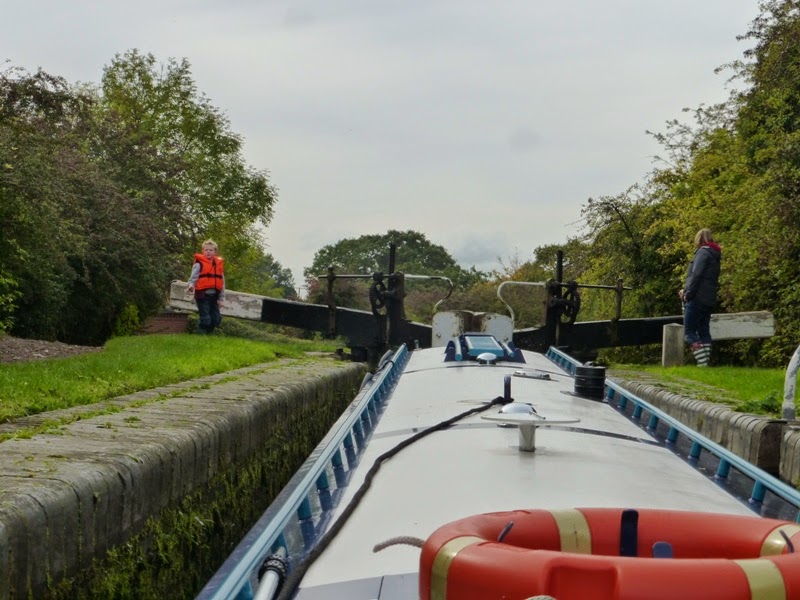 Paul and Jamie came to collect Sarah and George and we decided a drink in the Queens Head was in order.   I put Monty in the car and went to join them.  As Chris went in Sarah said to him ‘What you like to drink Dad?’.  ‘A pint of Guinness’ came the reply (one does not really need to ask him!).  The order was placed along with a drink with me.  The conversation continued – Sarah ‘Do you have any money Dad as I don’t and Jamie has fallen asleep on Paul and is lying on his wallet!!’   Well it is her birthday today, so I guess she can be forgiven!
We went and sat in the Tepee (it was heaving inside the pub) where they had fire to warm us through as we had all got a little chilly.  This picture was taken in the summer - the top of the tepee is firmly closed at the moment. 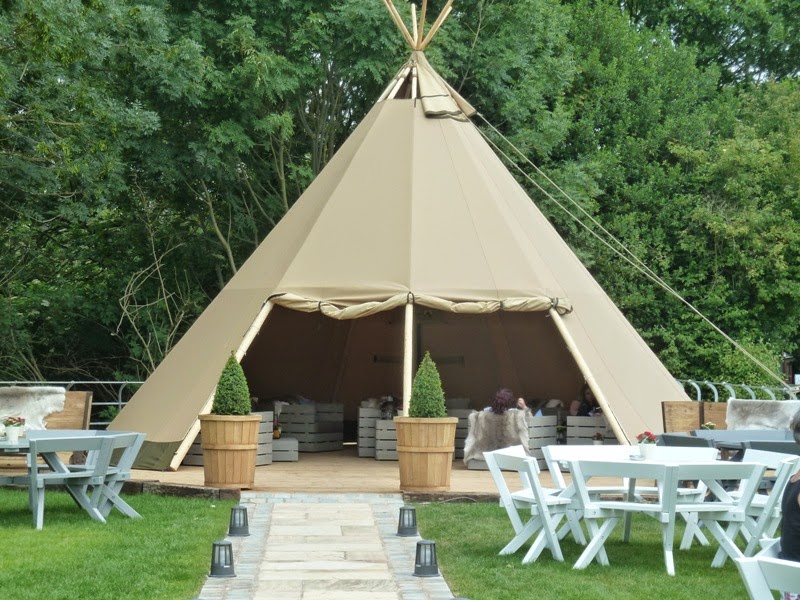 Jamie woke up and joined in the fun.  A good way to spend a day with the family. 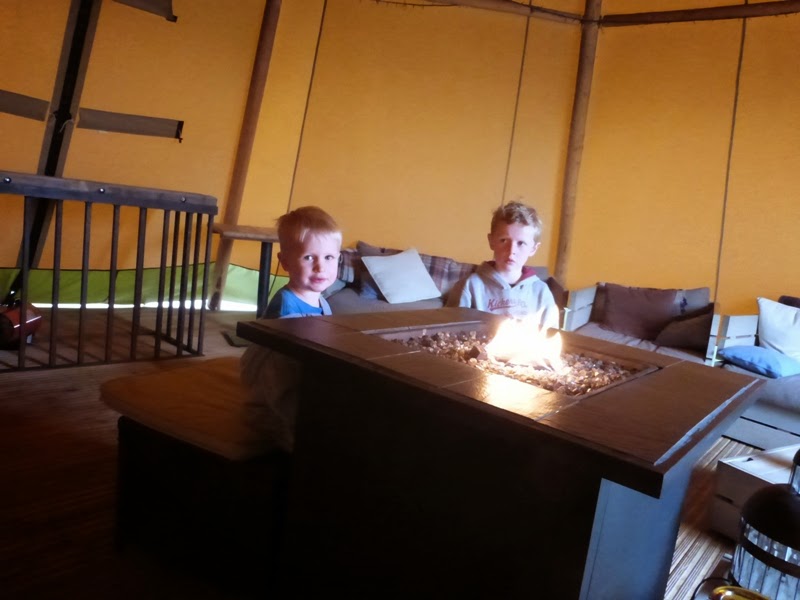 Our cars were then moved to the correct places for the next day.  The family went home and Chris and I ate in the Queen’s Head – yet another really good meal.

We got going fairly quickly today as rain was promised.  We both kitted ourselves out in full waterproof gear and even put Monty’s coat on. 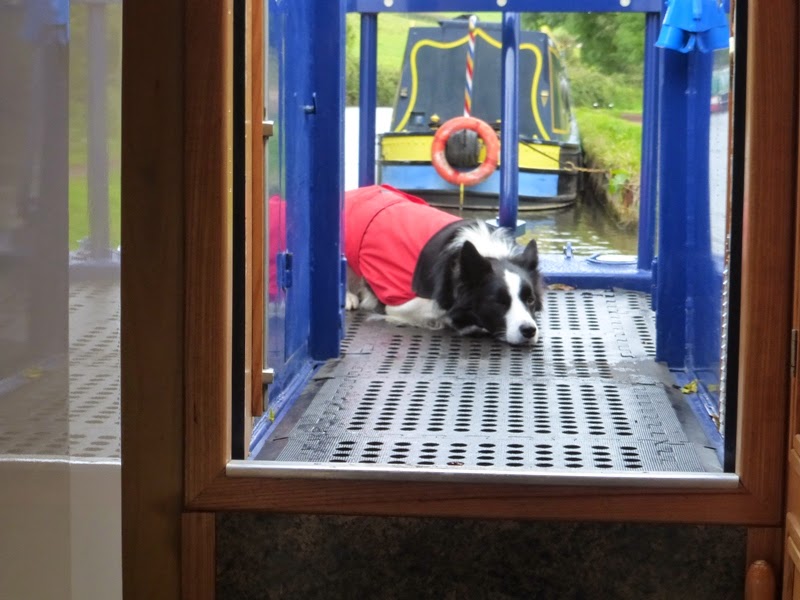 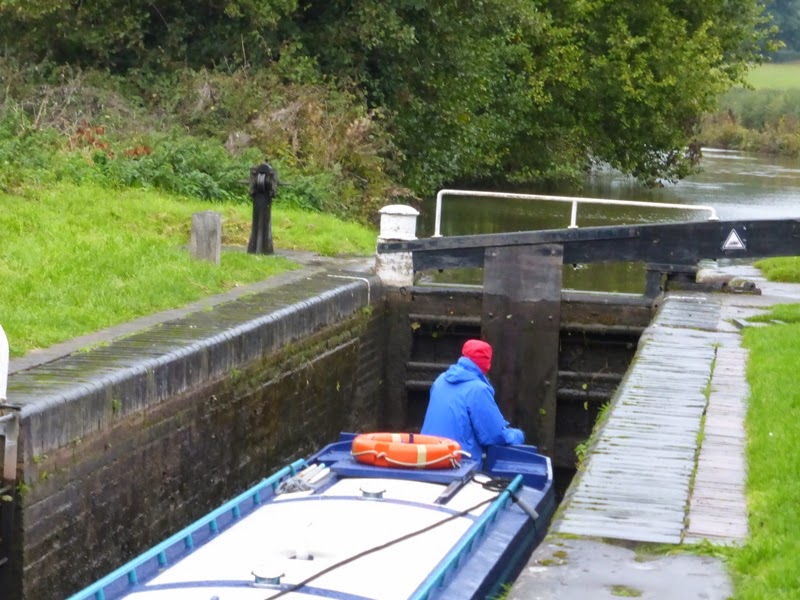 The precaution worked – the rain held off until we finished.  It was very windy, so the extra layers were appreciated.

I always consider this sight as a sign we are heading home - the windmill at Avoncroft. 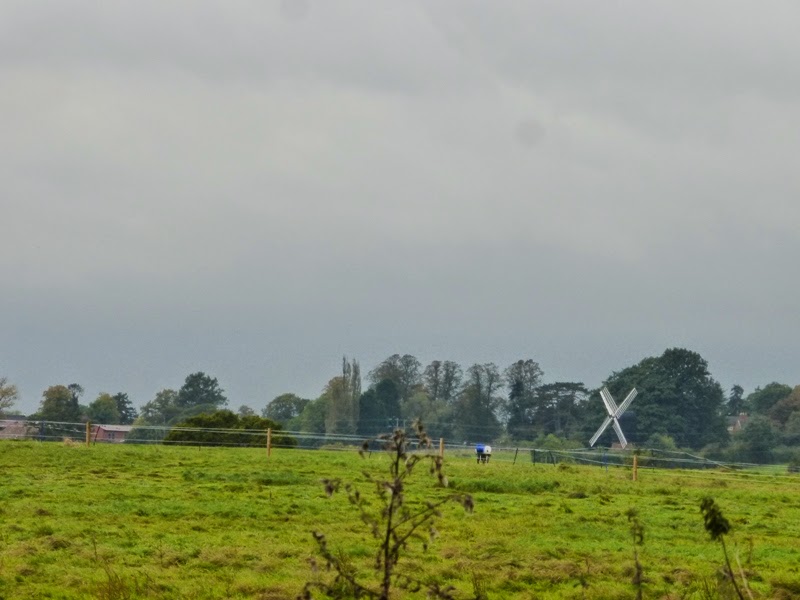 We had a good run down, stopped before the bottom lock to empty all things that need emptying.  I moved my car to the lock side, so once we were in the lock the small amount of things we had on board were piled into the car.  Our timing was perfect – a boat arrived coming up, so they worked the lock for Chris whilst I drove round to Pinder’s.  The boat is there for as long as it takes for a few bits and bobs to be done.  It is likely to be over a month as we are not going to be able to move her until the middle of November.  It is busy at Pinder's - we are moored three deep. 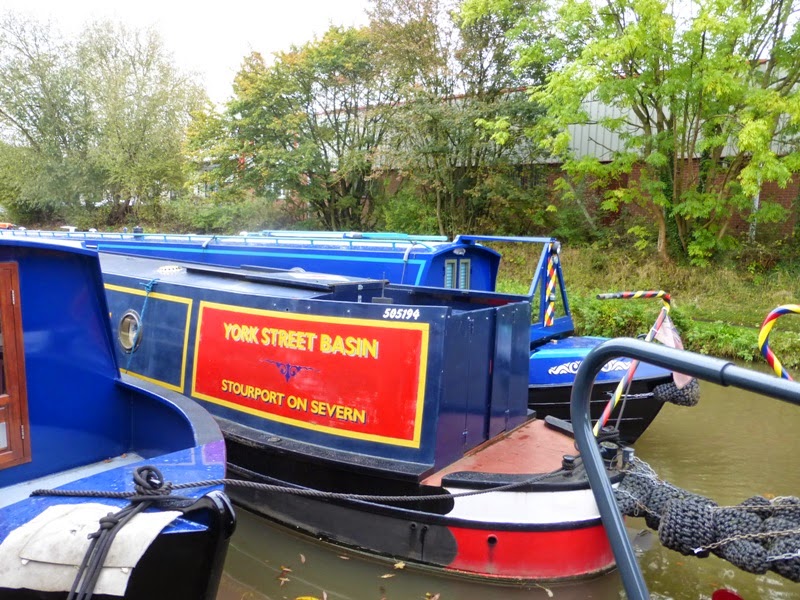 We are off to Sarah's tonight - we are cooking her a birthday tea.  Plans for the meantime - a busy half term with family which will include a visit to the RAF Museum at Cosford to see the progress on the Dornier.  I reported on our first visit last October HERE.  There will be 17 of us - a real family outing.  We then have a trip to London with The Captain and Boatwif from nb Cleddau to see the poppies at the Tower of London and then a week's holiday in Wales visiting extended family, so no chance of getting bored.