Today was the day..... and a new Compoosting Toilet

The plan was to leave Droitwich Spa Marina on 1st April and make our way slowly to The Queen's Head, Stoke Pound where some friends were going to meet us last Sunday to tackle Tardebigge.  Chris had his last pre-cruise appointment due on 7th April (since cancelled of course) and we were going to set off on our summer cruise from Tardebigge today.

The plan was to meet Sue and Ken on nb Cleddau in Lapworth, head to Stratford before joining a BCNS (Birmingham Canal Navigations Society) cruise in early May.  There were to be 15 boats plus a lead boat and we would have spent a week travelling around parts of Birmingham we may not have found on our own.  There would have been meals out, a quiz night and plenty of socialising.  From there we were off to Lincoln, Doncaster and then up to York before heading west along the Leeds and Liverpool Canal to Wigan.  A great summer cruise and a lot of new water for us.

However, it was not to be!  I guess it means the planning has been done for next year!

So what are we up to?  Being good and staying at home.  Some jobs have been done, Monty is walked twice a day, although sadly our walking route is extremely limited and rather boring, however most people are keeping their distance and we are managing quite nicely.  I think Monty must be wondering where the rest of the world has gone to.  He does not, however, seem to be too stressed by the situation. 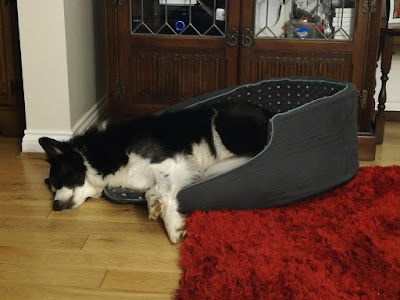 We are both fit and healthy and long may it stay that way.

We are having three way Skype sessions with the family and even managed a game of Trivial Pursuit with them on Sunday.  I have caught up with a lot of people on the phone that I have not spoken to for a while.  Wednesday is our Skype session with Sue and Ken.  I have several girlfriends who are widowed, so I speak to them as often as possible.  Isolation is one thing when you have someone to share it with, but must be much harder when you are alone.  Chris is on the 'most vulnerable' list with instructions not to go anywhere for 12 weeks, which means that, apart from Monty walks, we are both at home all the time.  To date I have managed to get Tesco slots once a week and our daughter is local if we have any other needs - mostly collecting prescription medications.  There was one emergency call to her - I am in the middle of a long dental procedure and am living for a lot longer than expected with a temporary bridge and crown where my front teeth should be (I broke them on 7th April 1963 - yes it was that traumatic!) and the temporary construction came away last week.  A very large gap and a stump is not a good look!  She came to my rescue and sourced some emergency 'cement' from a local chemist.

As most of you know we have had a composting loo on our boat since day one.  Sadly the main bowl, which is the only part of the Airhead that we could not find available to buy as a spare part, developed a couple of hairline cracks.  Chris has repaired it with some 'jollop', but we decided it was too much of a risk to set off and hope for the best.  To be stuck in the middle of nowhere without a loo is not ideal!  Having seen the Foxes Afloat vlog on the Compoosting Toilet, we decided that was the way to go for us.  It looks a lot better than the Airhead, I think it will be easier to clean, the liquid container is bigger and best of all as far as I am concerned - a light shows when the liquid container needs to be emptied.  The gauge on the side of the Airhead liquid pot never worked well.  There were a few occasions when there has been an 'overflow' in the middle of the night!  We collected it from Coventry just before lock down, so it is still in our garage untested! 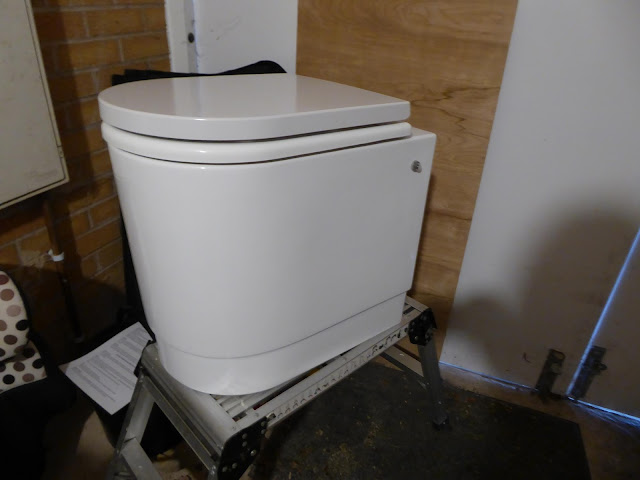 It is an ingenious design which came about because the person who makes them wanted a composting toilet for the boat he is fitting out that looked good.  He makes them in his workshop (he is a professional carpenter).  To date he has made well over 300.  This is the Website if you are interested.  We will report back once it has been installed and put to use!

So this is me signing off for the foreseeable future.  Stay well, stay safe and stay at home whether that is your boat or your house.

Don't hold your breath Jaq - it will be sometime!