Our original intention had been to stay in Birmingham today and head back tomorrow, however, we had an email invitation to a Social and Quiz night at our Canal Society (Worcester, Birmingham & Droitwich Canal Society) to take place in Alvechurch this evening.  To be so near and not make the effort to go seemed a shame, so we headed off.

First stop was the service area at Cambrian Wharf - we had given up on the tap near the Mailbox yesterday.  Whilst there Debby from nb Chuffed arrived with some of their rubbish.  After a quick chat, Debby and I popped round the corner to buy our respective newspapers.

I waved goodbye to Debby and headed back to the boat to find Chris ready to head off.  The rain started with a gentle spit, but soon became a deluge.  Do you remember this photo that Sue from nb Cleddau took of Chris and I on our rather wet trip along the River Ribble back in June? 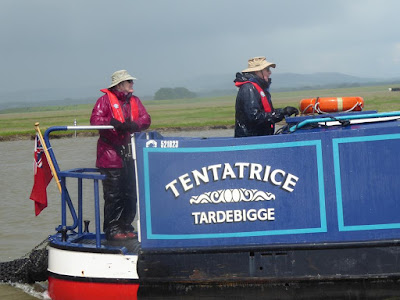 We do look rather wet don't we?  That, however, was just a light shower in comparison to what was hurled at us (well mostly Chris I have to confess) today.  Monty and I retreated to the saloon and listened to the rain thundering down on the roof and gushing down the windows.  I did take a couple of window photos, but the rain is so heavy it is hard to distinguish the gullies of water! 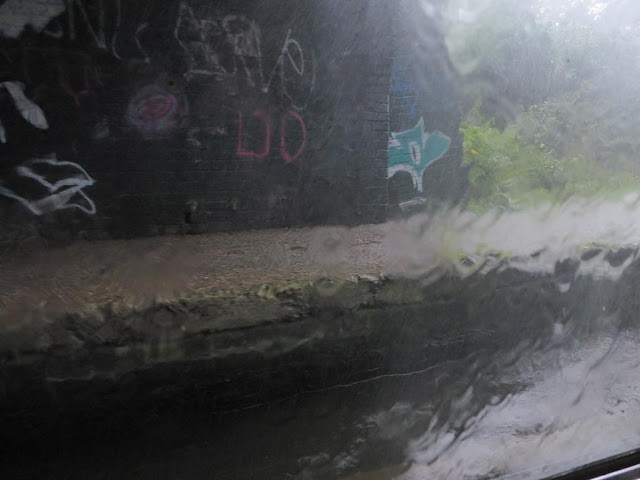 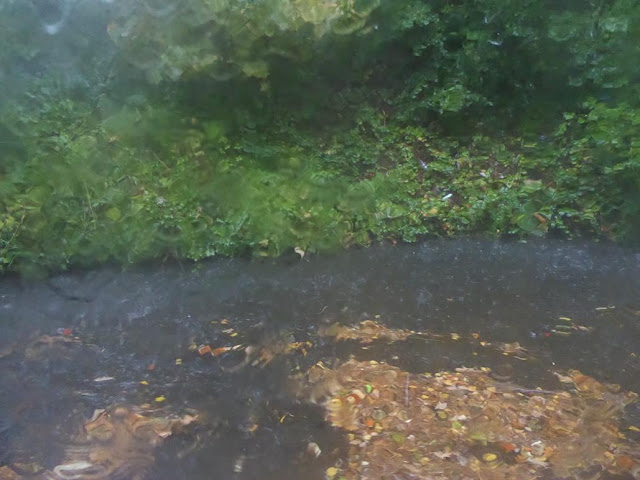 During a dry patch Monty and I did go and stretch our legs, but were safely back inside before Wast Hills tunnel.  It is always wet in there, but today it was a lot dryer than outside.  Whilst travelling through, Chris made the decision to stop at Hopwood for lunch.  An unscheduled meal out, however, it was a very good decision on several counts:


Moving on we set off in the dry, but just look at that sky above Bittel Reservoir 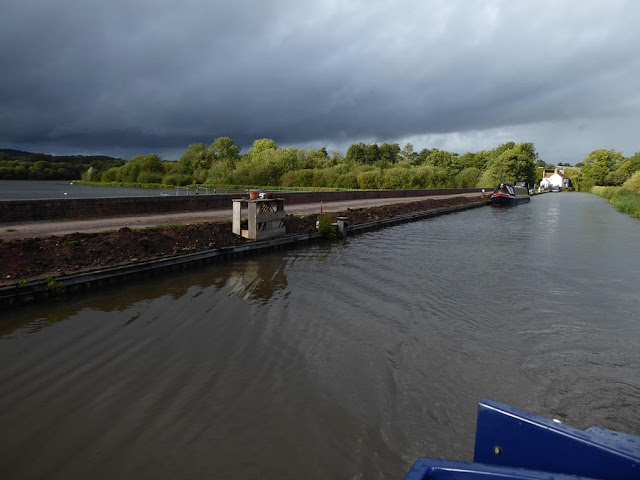 Looking towards Alvechurch it looked quite nice - would we make it without another soaking? 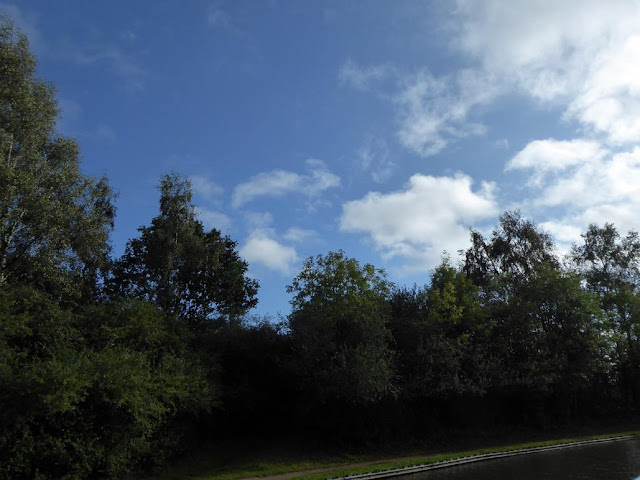 When we came past Alvechurch in May 2014 we passed a film crew from 'A Place in the Sun'.  It was not a programme we were familiar with, but asked our daughter to record it for us - just in case we appeared.  I am afraid we hit the cutting room floor.  The programme takes people to three properties overseas and three in the UK to try and help them to decide where they want to reside.  The couple in this show were either going to the South of France and buying a sea going boat or staying in the UK and getting a narrow boat. 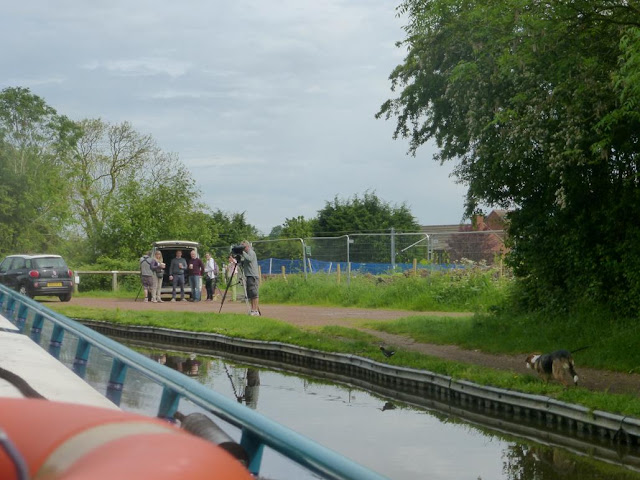 They chose this cottage in Alvechurch complete with boat 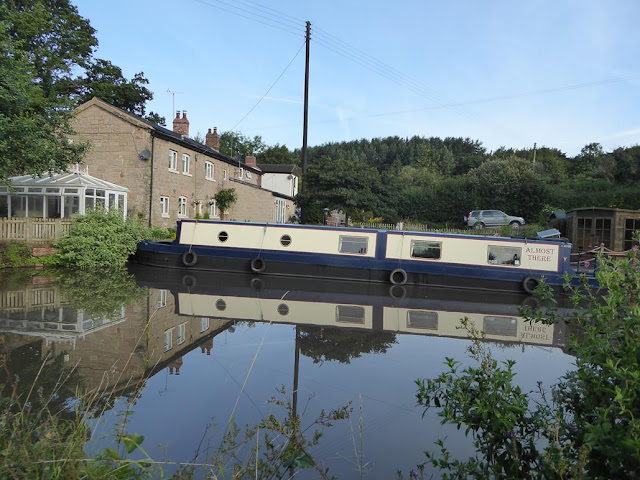 Sadly for them their dreams did not last for long as the husband died a couple of years ago and as we went past today the boat has now gone. 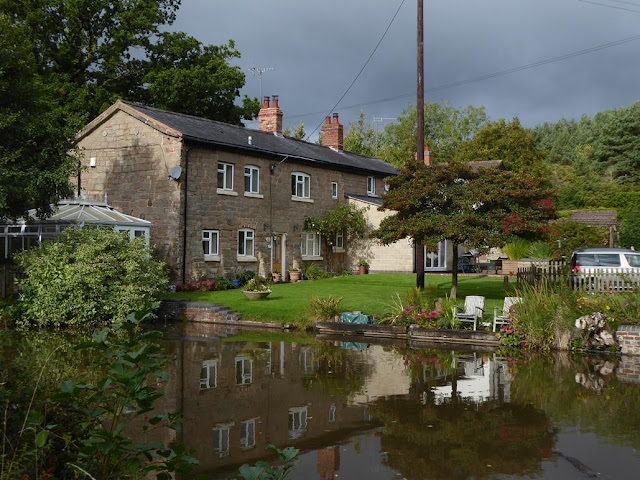 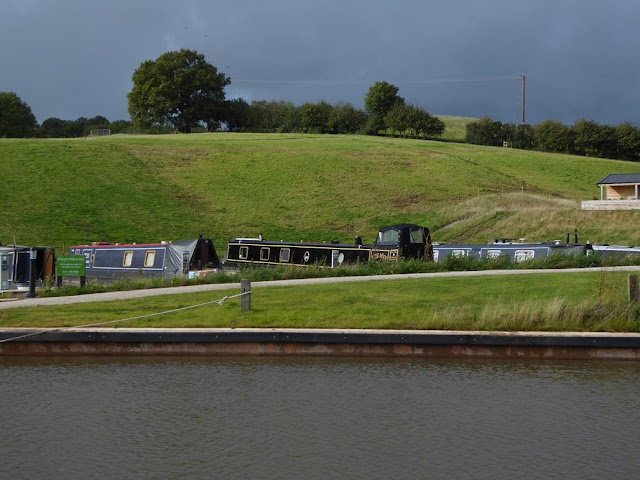 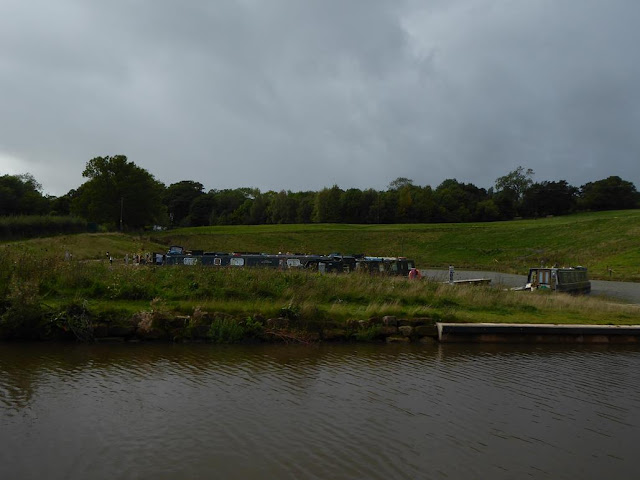 There is a bridge across the entrance.  I guess it is to make access to the facilities for the boat crews on the left a little less arduous than walking all the way round the marina.  If you check the website there is a plan showing the long walk they would have had to take if there was no bridge.  It must, however, make entering and exiting by boat a little interesting. 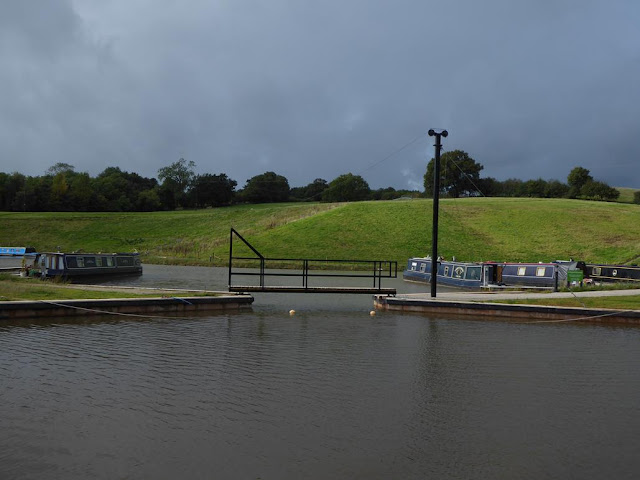 If you look closely there is a rope from the left hand side of the bridge to the top of the pole - I presume you have to pull the rope that goes down to the right of the pole?   What I cannot see is any obvious mooring bollards if you arrive as a single hander.  Also what is the rope that goes across under the water for?  Does that have to be removed as well before a boat can go in or out? 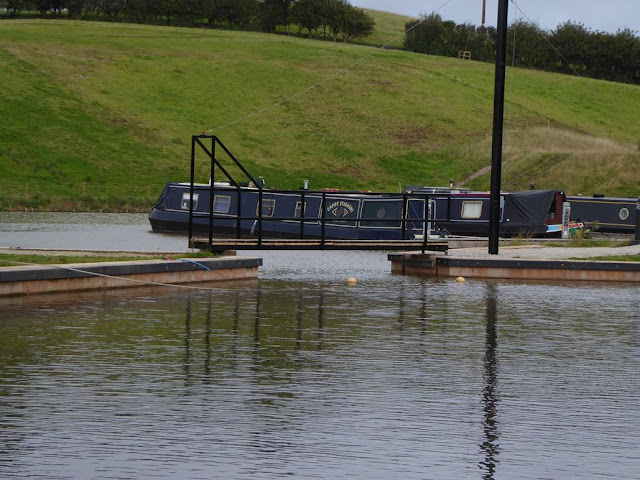 The rope is attached to a post at each side, so presumably you have to move that before you lift the bridge? 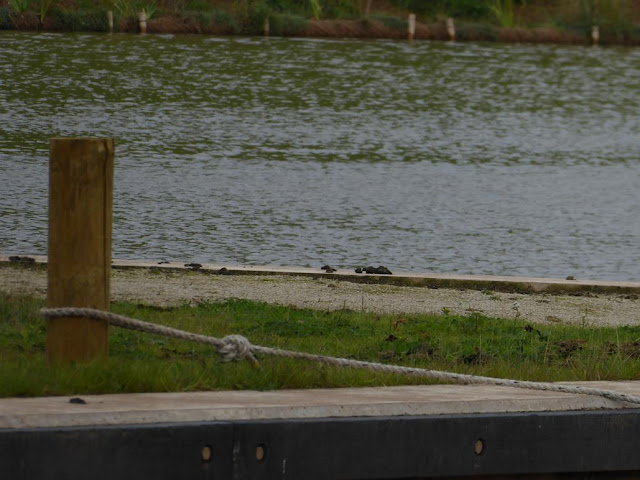 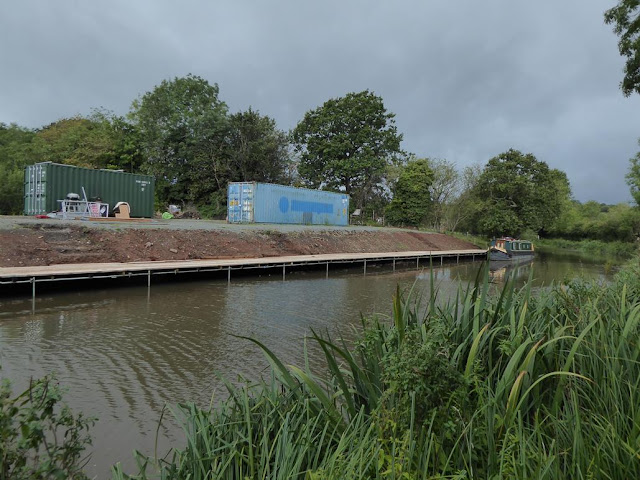 with temporary steps - rather wet and muddy at present I would imagine. 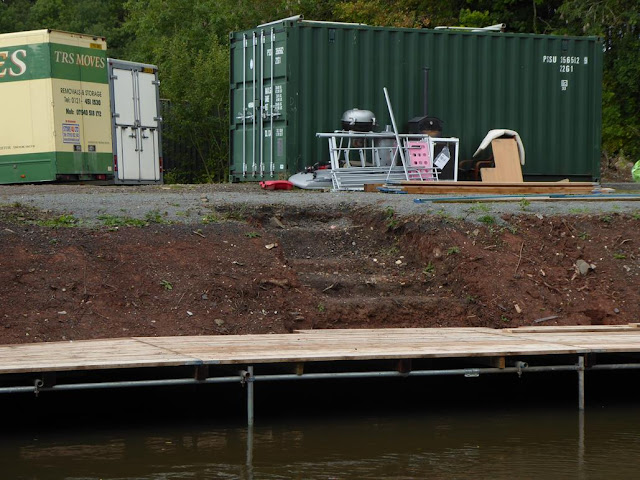 As we approached the moorings we found to our amazement that they were empty - something we have never seen before.  We tucked in at the end in splendid isolation.  Just as we started to moor up the heavens opened.  Had it been a quick tie job, we might have just got damp, but Chris spotted a notice hiding in the hedge.  A cursory glance told us the moorings were out of use due to dredging work that was taking place.  This was to be the site that all the spoil would be transferred to road transport to be taken away.  Oh what a dilemma as the rain really started to hammer down.  I walked round under the bridge to find that the only 48 hour mooring opposite the marina was occupied by a boat that was there when we came past 4 days ago!  48 hours times two that would be then!  By this time we were drenched to the skin and decided that at 16:30 on a very wet Friday afternoon they would not be anymore work going on, so we stayed put and went inside to dry off. 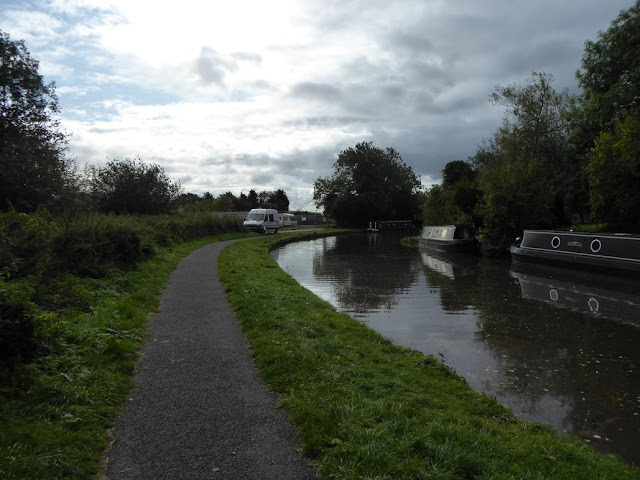 We were both in need of a hot shower and after a quick sandwich we left Monty to mind the boat and all the dripping clothes and we went across to the Social and Quiz night.  Was it worth all that rain to make the effort to get there?  Most decidedly yes.  They started by giving everyone a number and drawing teams at random.  Bearing in mind that one of the aims was to let us get to know each other, splitting everyone up worked very well.  Some of the committee and also the key members of the team who operate our charity trip boat (Cecelia) told us a bit about themselves, which was all very interesting.  We then had the quiz which certainly got the little grey cells working.  There was very little in the points from top to bottom and a very good time was had by us all.