We are heading for home, but slowly.  The visit from our brother in law is, I am afraid, not going to happen.  We might manage a day trip out with him later in the month.  First stop today was to water at Cambrian Wharf by Farmer’s Top Lock.  Not the easiest job as the C&RT heritage boat was expecting more school children for a visit and where are they moored – yes you have it – right on the water point!  If you moor behind them you block the lock and if you moor in front of them you need two hoses.  We took the latter option.  Admittedly the water point is right by the C&RT offices and I guess if they moored where we had to they would have a rather longer walk to work!  Am I being too much of a cynic? 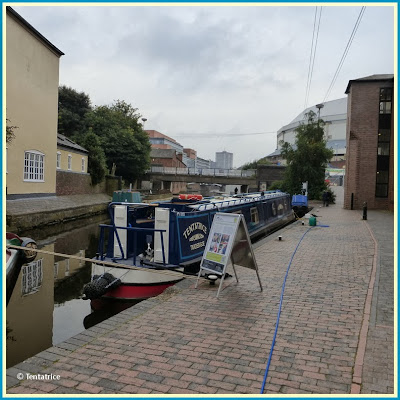 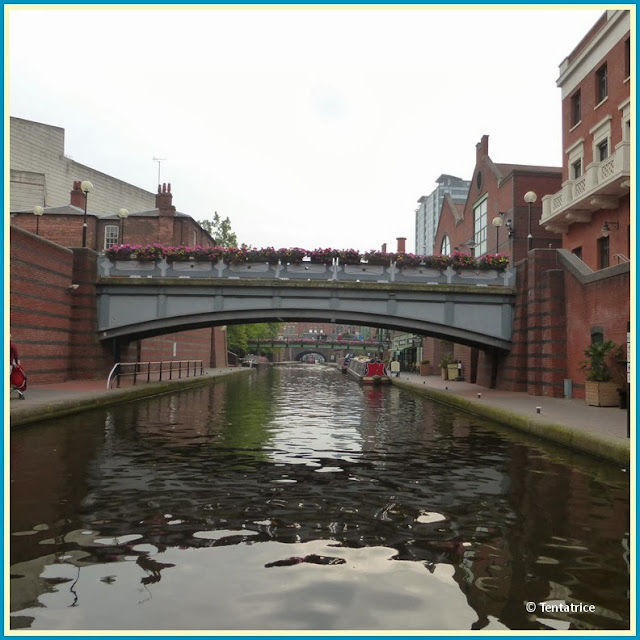 We thought we had a clear run 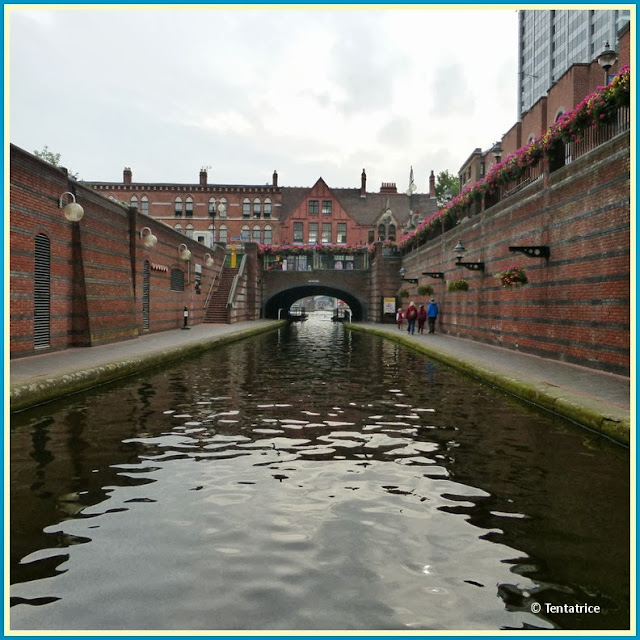 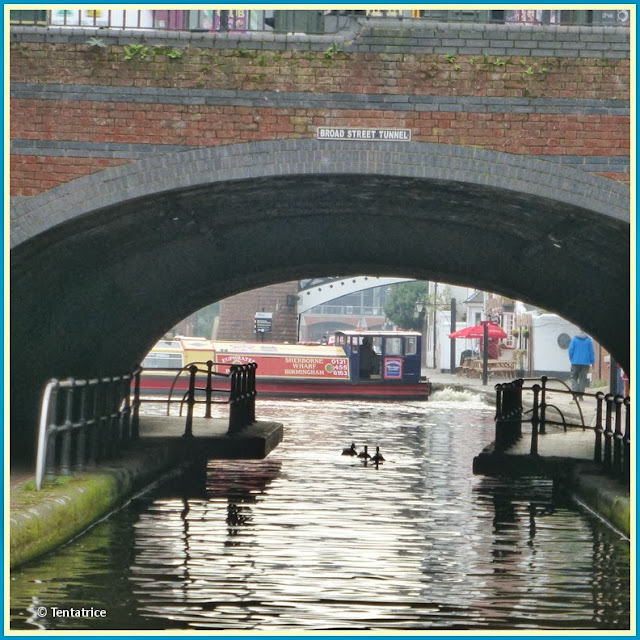 Followed closely by the water bus 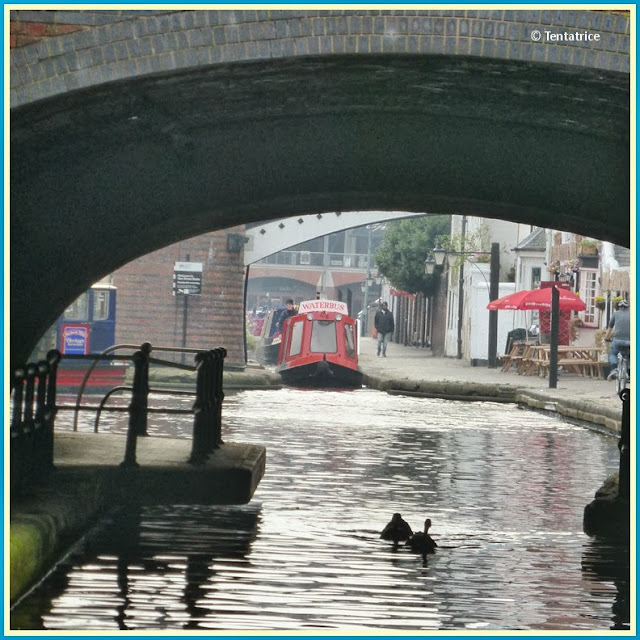 Once that had passed we were good to go 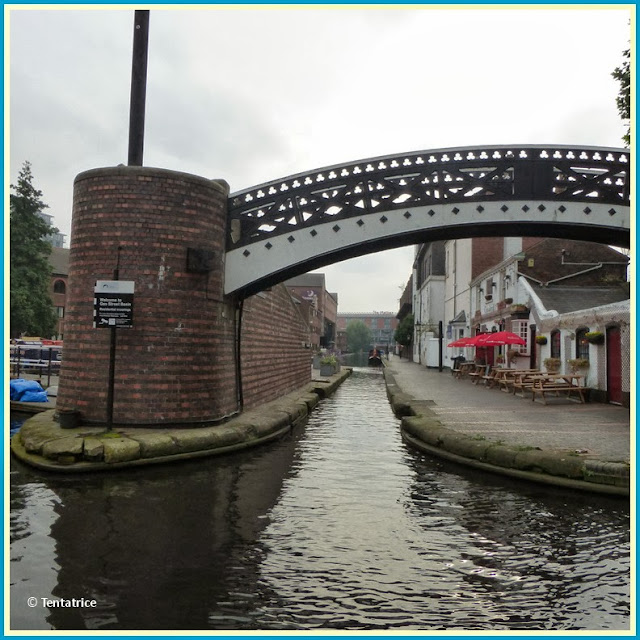 There were plenty of trains today – now we did not need one.  We realised today just how quiet it was yesterday 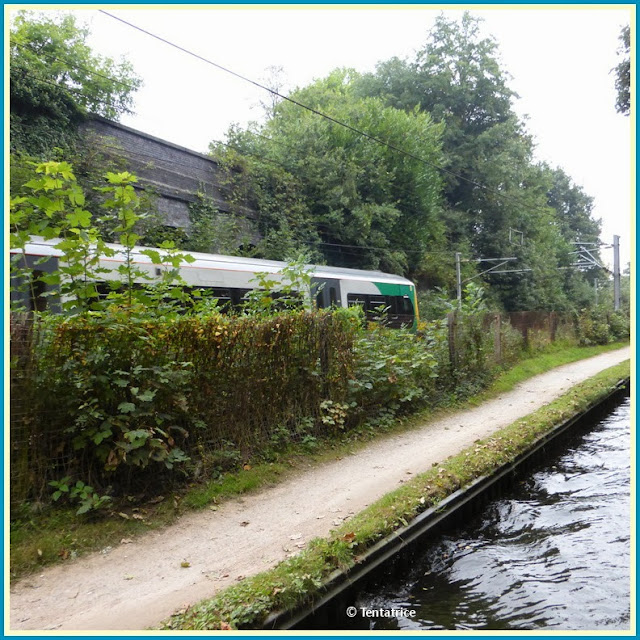 C&RT are still busy dredging and judging by the piles of nasty black sludge left on the bank. 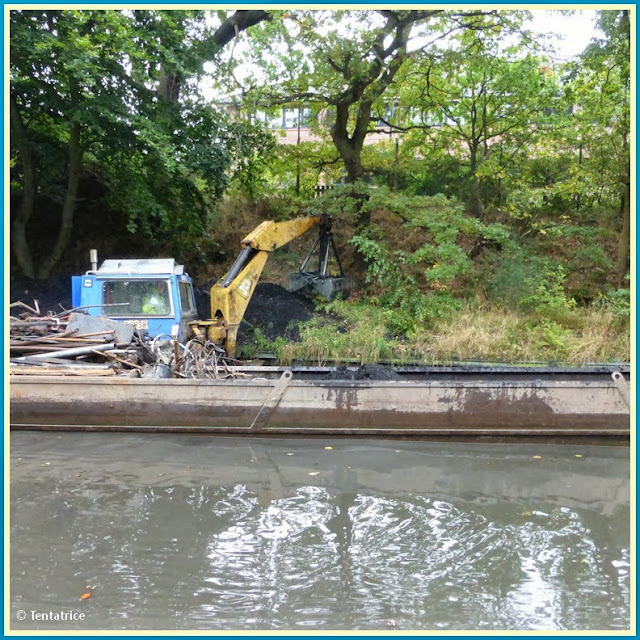 It is good to see it is being done and we were lucky that they were not in the bridge hole today, so we were able to slip past with ease. 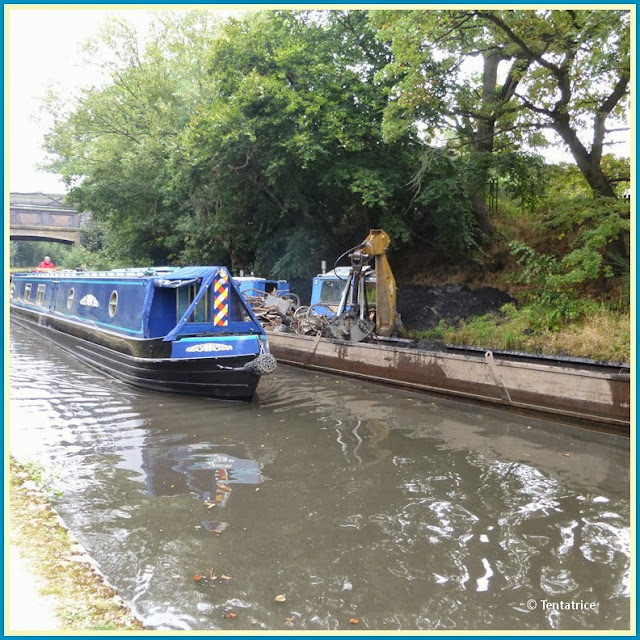 No sun today, but it is still dry.  The rest of the journey was without incident – another stop at bridge 80 to relieve Mr Sainsbury of more supplies.  Monty was no happier in Wast Hill tunnel – maybe one day he will get used to them.

Once we had moored at Hopwood Visitor Moorings 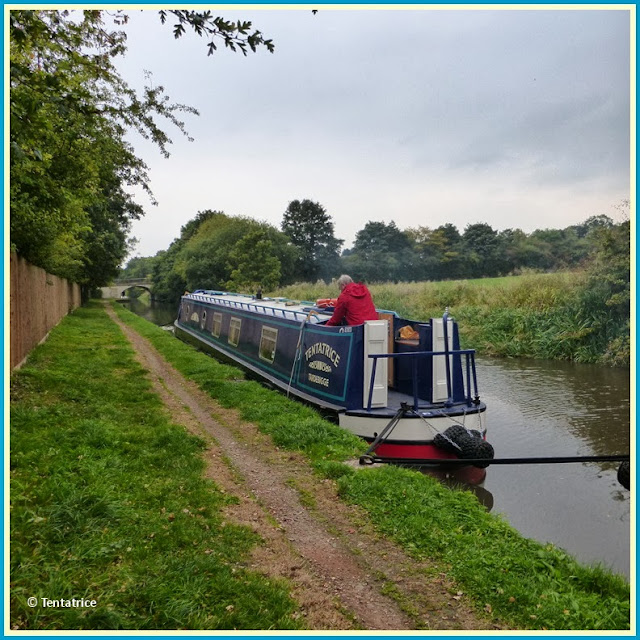 I took Monty for a walk back towards the tunnel.  It is nice and quiet that way so he could run free.  Sadly I encountered some young hooligans on the bridge before the tunnel and I felt more threatened than I have in many a year.  I felt safer in central Birmingham.   The insults were all verbal, but quite nasty and they were ‘barking’ and ‘yapping’ to try and spook Monty.  I was sufficiently unnerved to phone Chris and ask him to come and look for us if I did not call him back within 5 mins.  That gave me time to turn round and go back under the bridge.  Access from the bridge to the towpath would have been difficult and I am glad to say the lads had gone on their way and all was well.  It still left a nasty taste in the mouth, but such is life I guess.

Tomorrow we are going for a walk round Bittel Reservoirs and will then head for Tardebigge.
Posted by Jennie at 10:22