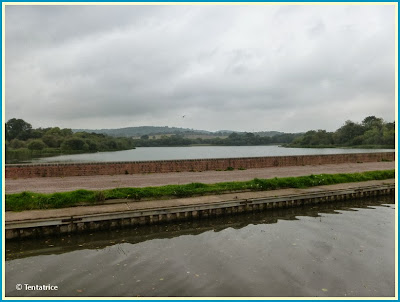 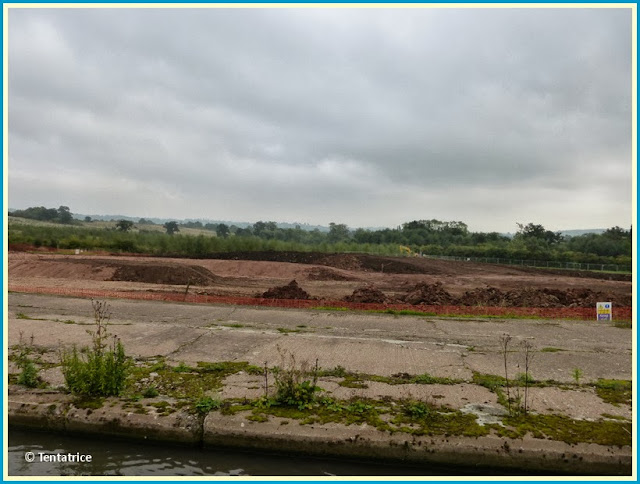 We met a very healthy looking family of cob and pen with six nearly fully grown cygnets.  The latter were not fazed by Monty, but one of the parents gave a perfunctory hiss. 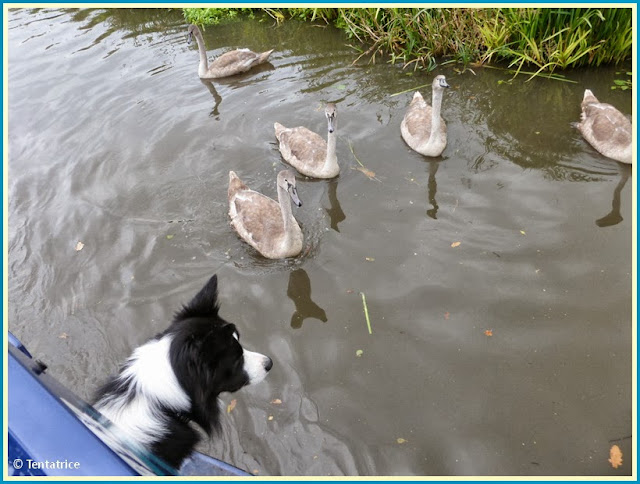 We pottered under the M42 yet again.  Motorways seem to be an ever present reminder of the ‘real world’.  We have been under the M42 four times and the M40 twice on this trip.  Then on to Alvechurch visitor moorings 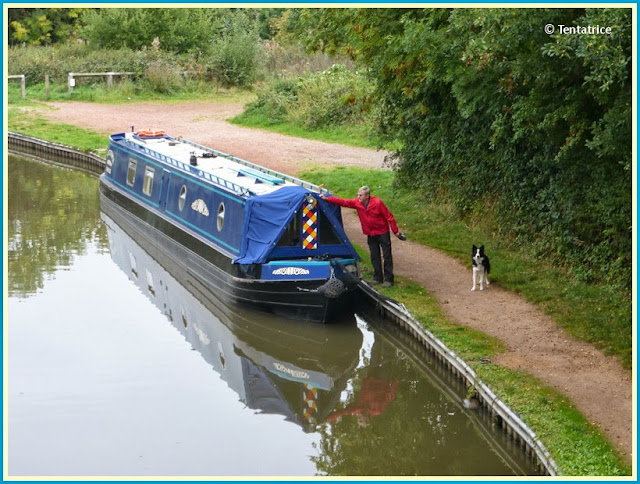 where we stopped for a pint and lunch at The Weighbridge – a pub renowned for it’s real ale.  They do not allow dogs into the pub, but there is a good covered seating area outside where we could take Monty.  Just one thing to remember – no food on Tuesdays and Wednesdays!  They did, however, have a cheese roll and a pork pie, so sustenance was provided.
Through Shortwood Tunnel 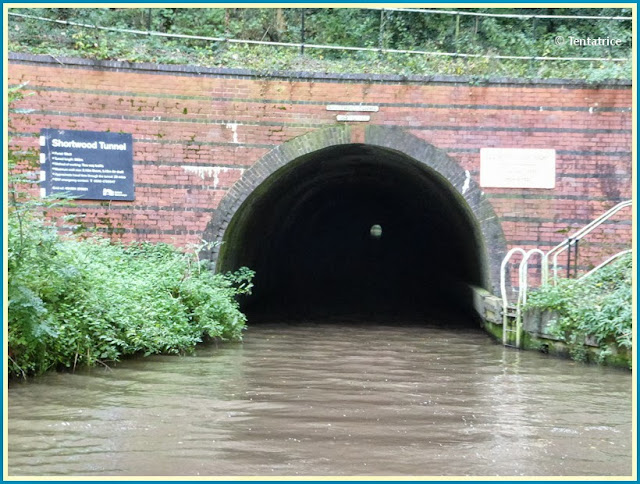 A brief stop at Anglo Welsh for diesel and rubbish disposal and then to Tardebigge New Wharf to use the elsan disposal point and down lock 58 to moor before lock 57.  Just after we moored this was the view out of the window – definitely time to stop! 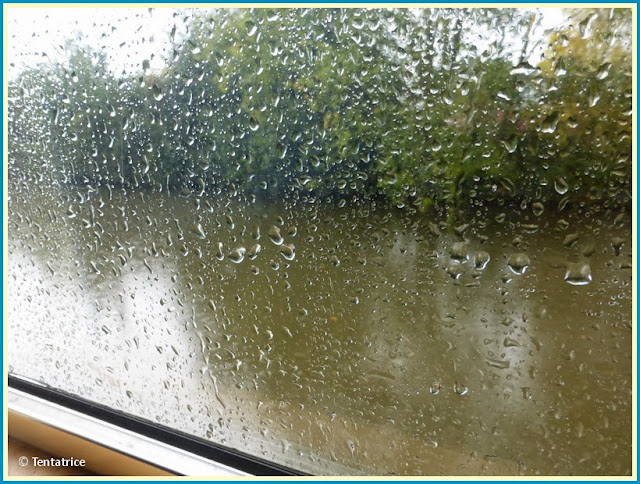 Tomorrow’s forecast is pretty dire, so we may well hole up and wait until Friday to tackle the rest of the Tardebigge flight.