I was up in Birmingham yesterday evening on a very special mission, but before that got started look who I spotted. 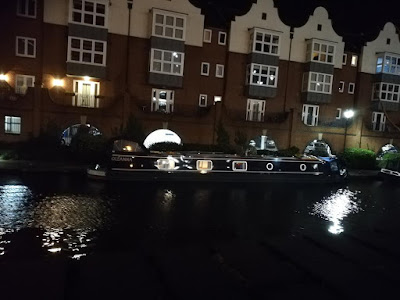 Sadly I did not have time to go and say hello as I was on a mission with our youngest granddaughter. 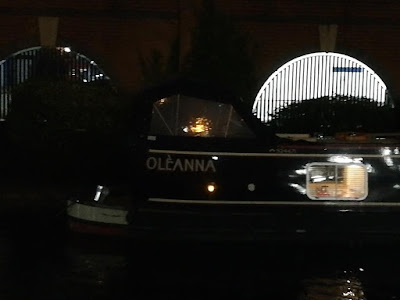 Back in October our son in law bought tickets for the Strictly Tour as a birthday present for our daughter.  Sadly he had not checked the calendar before he did so - it was probably the only weekend that was booked up with something impossible to change - a house had been booked for a Uni get together along with children.  I think there was around 17 of them going.  I took the tickets off them which is why E an I ended up in Birmingham last night - with just my phone camera which I am not as proficient with as I am with the real thing, so please excuse the quality.

After dinner at Wagamamma's we headed to the NIA to see 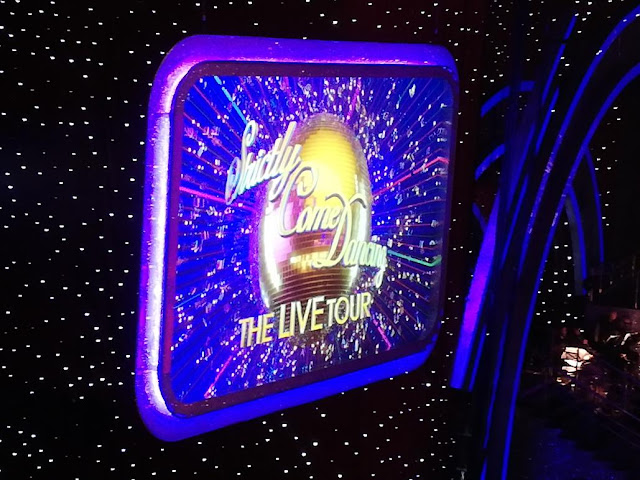 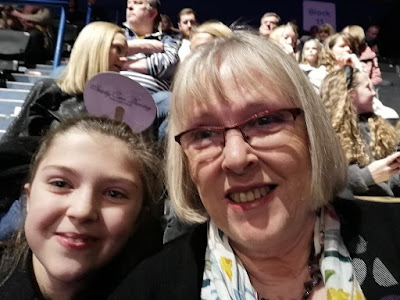 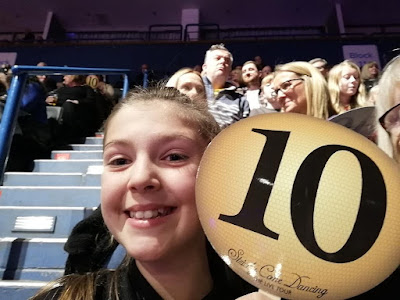 It is a venue I have never been to before - it is huge.  Although we were high up and at one end we had a good view. 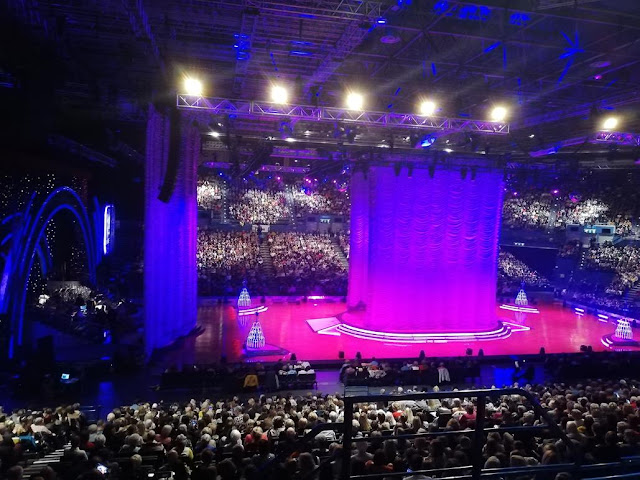 The far end is prime position as most dances were done facing that way. 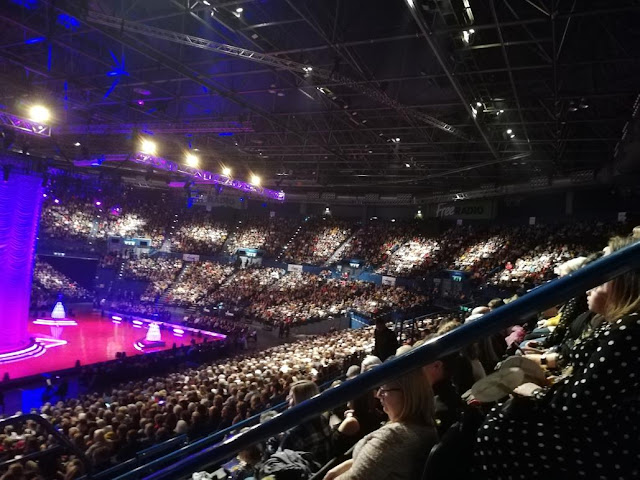 Despite the venue's size I never felt crowded, there were many staff in attendance to ensure all went smoothly.  The dancing and the music were great, Craig (a judge for those of you who have no idea what I am talking about!) did not disappoint and generated as many boos as usual.  It was great family entertainment which we both enjoyed.

I had pre booked and pre paid for a taxi to take us home as the last train home on a Saturday is 22:20. Utter madness in my book.  It meant we would have no hope of catching it. The taxi was a  very cold 25 minutes late. One of the contestants (a CBBC presenter and a very good dancer) walked past whilst we were waiting.  E said hello and he made her evening as he stopped to ask if she had enjoyed the show.  All in all a very successful evening.
Posted by Jennie at 08:42

So it was you making all the noise last night! By far the noisiest bunch of the last few days.

Shame you didn't get chance to say hello and if you'd known the taxi was going to be late you could have warmed up by our stove.

Glad you had a good evening.
Pip

Guilty as charged Pip and yes your stove would have been very welcome! It was a long and chilly wait. We were outside by 10:15 in case the 22:30 taxi was early - it arrived at 22:55!It is on again tonight, so it may be noisy again! Jennie x